A downloadable game for Windows

The story of Dark Salvation revolves around the main character Talia who is a 24 year old woman that has been chosen by the Spirit Crystal of the Underworld as its new host. Her parents were into the occult and believed that Talia's younger unborn sister Tayana was the key innocent sacrifice they needed to resurrect the Lucafix demon. Her mother could no longer have children on her own so a surrogate mother was used to bring Tayana into this world. Near birth they immediately started performing the sacrifice to assure a smooth transition of Lucafix from the underworld.

Lucafix was the old ruler of the Underworld until he was banished for eternity inside the Staff of Togin. When Talia's parents perform the sacrifice in an attempt to free Lucafix, everything backfires and the demon kills everyone in the entire room. It spots Talia watching in fear from one of the balconies and jumps down into the portal on the ground back to the Underworld. Talia, in shock from witnessing this massive slaughter decides to follow Lucafix through the Underworld portal and falls for what feels like an eternity and is knocked unconscious when she hits the ground below.

When she awakes she sees the Spirit Crystal moving around her and when she reaches out to touch it, the Spirit Crystal transfers its energy into her body burning off the flesh of her forearms entirely and her heart ripped out. Though she is killed in this process, she is also given new life. She is now possessed with the demonic powers of the underworld. Those who possess the power of the Spirit Crystal will have the ability to conjure magic spells based on the weapons of the Underworld that they wield.

Now she is faced with the deadliest of Underworld monsters, levels and puzzles to solve and to find Lucafix and send him back to where he belongs. She must pass through gates and kill off all monsters of that world while purging them of their evil spirit to unlock the gates to new worlds. Now, her adventure begins……..

- Solve many puzzles found throughout each level.

Let me start off by saying, this game is hard. It was designed to be. It is supposed to be. It was intentionally designed how the original DOOM game was. You must get through an entire level and make it to the next without dying where it will autosave on each new level. You can't save anywhere you want to like many modern games as that removes the challenge making it an easy game. Remember Dark Souls? Well in the same fashion, no matter how good you think you are, you're going to die. Do you accept this challenge? Keep trying and don't give up. Feel free to post your comments, video play throughs, rants, raves, praises etc.

1) Check some of the topdown maps that come with the game. They give you a clue where the Start, Exit, Teleporters, Weapons etc. are on some of the levels.

2) On Level 1 when first starting the game, you'll come across a locked door. Make a right, go down the stairs and press the switch to open the door. Now quickly run back up the stairs and through the door before it shuts. Most people seem to overlook this. Be careful on the other side too as a monster will start shooting you from the above, left catwalk.

3) On Level 1, whenever you see a group of Purple Crystals, make sure to destroy them. There are 10 in total and destroying them is the key to unlocking the exit door.

5) On Level 1, when you make it underneath and behind the cages of the first lava room, pay attention to the wall. You'll need to remember this sequence of images later in the level to progress.

6) On Level 1, You've made it to a pillar in the center of a blood filled room with switches with symbols on the wall. Remember the image sequence from the image that was on the wall? You must shoot the switches quickly in the correct order to progress. If you shoot a switch with a symbol that was not a part of the wall image, you will be attacked by a projectiles and possibly die.  (Pentagram, Upside Down Cross, Horned Demon, Gray Angel, Gray Demon)

7) If you feel stuck on any levels, stop to look around the rooms. You might be overlooking something like a hole to drop down, or a switch to shoot on the wall, floor or ceiling.

8) The best way to hop off of a ladder is, once at the top, move left or right if there is a platform or if a platform is behind you simply move backwards and you'll jump off. Don't try to turn around on a ladder, you'll just fall off.

9) On level 5, the way to defeat this mini-boss is by shooting the concrete weights hanging on the sides. This releases a spike that comes down from the ceiling and hits him in the head. You must do this 5 times, you get 10 chances and have only 10 minutes to do it. If you fail the player gets consumed and dies.

In order to download this game you must purchase it at or above the minimum price of $4.99 USD. You will get access to the following files:

Is there an installation guide for this game? After trying to extract Part 2 and Part 3 folders, it gives me a missing volume error and stops at 100%, preventing me from running the .exe file inside.

Are we just supposed to use the .exe file from Part 1’s folder?

You use WinRAR and open Part 1 then you extract everything to your HDD. Then from there you run the .exe.

Could you please enable payment with card?

Very cool game, oldschool and challenging. Atmosphere and design are also top notch. Reminds me of "Magician Lord" in terms of brutality and otherworldity. Definitely underrated. 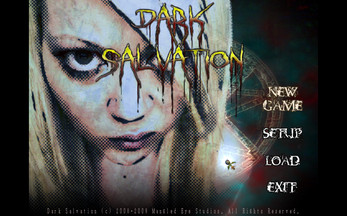 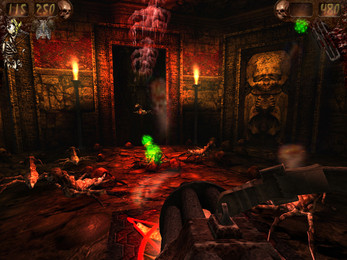 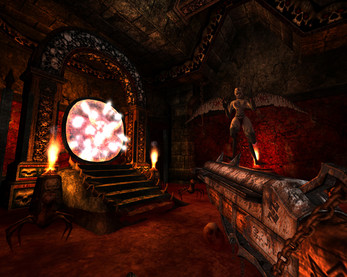 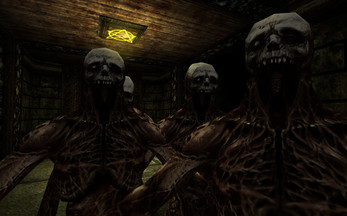 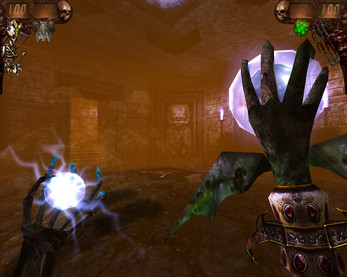 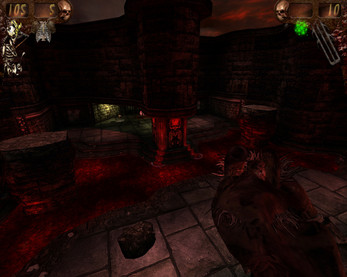 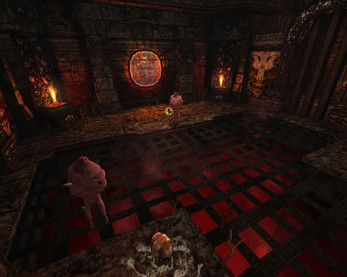 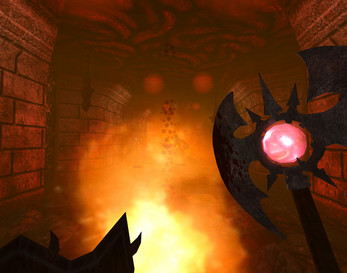 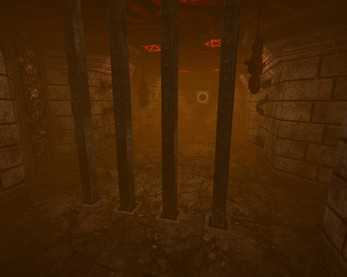 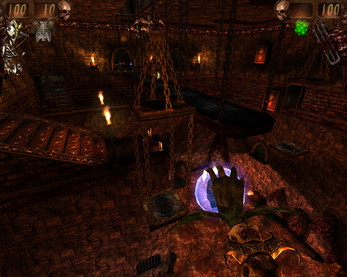 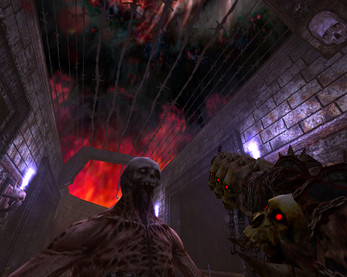 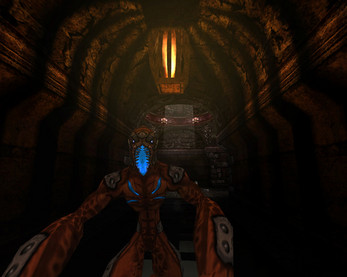 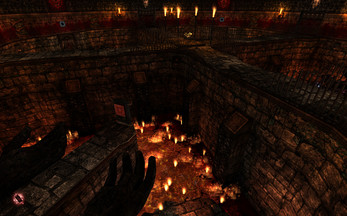 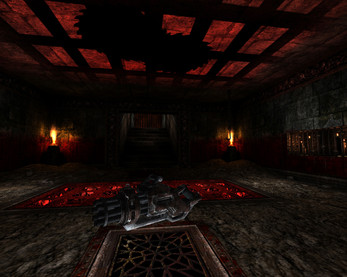 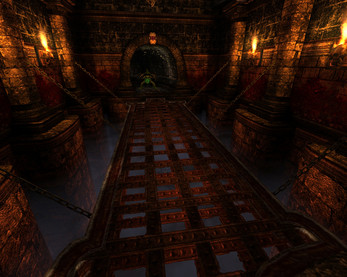 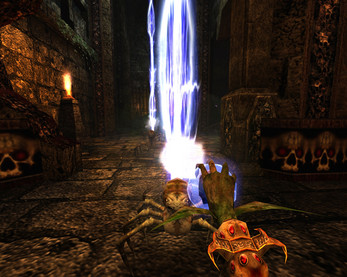 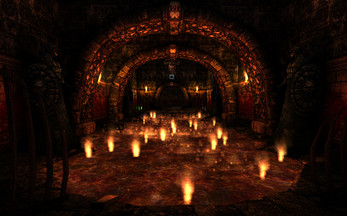